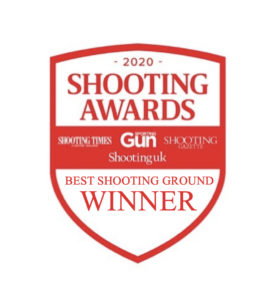 As voted by the public in the 2020 Shooting Awards, Bisley Shooting Ground was announced as winner of the ‘Best Shooting Ground’ category on 12th February 2020 by Shooting Times Magazine. The results will also be published in Sporting Gun April issue and Shooting Gazette, as well as on Shooting UK

“The home of British Shooting. Bisley Shooting Ground emerged as a clear winner. Fans say the instruction is 1st rate, the grounds are superb and the clubhouse has excellent facilities. The Long Siberia pay-and-play range was also a firm favourite”

We are delighted. There is no higher endorsement for the team’s hard work making BSG such a special ground to shoot clays. Thank you all for your support.

If you would like to explore what Bisley Shooting Ground has to offer, 7 days a week, click here. No experience necessary. 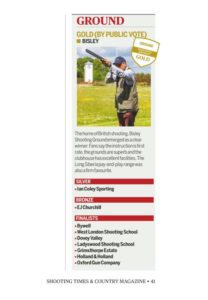